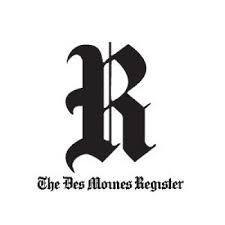 I’m proud to have co-written an op-ed in the Des Moines Register with John Hendrickson of Iowans for Tax Relief. Iowa’s politicians have gone hog-wild (pun intended) for economic development subsidies, and it’s time for the state’s taxpayers to have the transparency and accountability they need to decide whether or not they’ve gotten a good deal for their money. 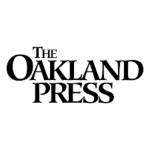 My most recent op-ed on economic development ran in The Oakland Press this week. In it, I try to get the reader to think about whether or not the stakeholders in economic development subsidies are generally telling us the truth about what’s going on, and what we should require of them in the process. 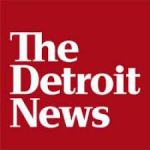 As I wrote in the Detroit News this week, “The true purpose of economic development incentives isn’t to create jobs. Rather, it’s to make voters think that politicians are creating jobs.”

I had the pleasure of sitting down recently with Paul Taros on “Tough Talk With Taros” to discuss corporate welfare and economic development policy in Michigan.

My latest Detroit News op-ed takes on the “we must have public mass transit if we’re going to compete for companies like Amazon” argument. If giant tech companies think their employees need help getting around metro Detroit, they can run their own shuttle services like they do in Silicon Valley rather than asking the region’s taxpayers to foot the bill.

Frustrated reformers need to take away one key lesson from the recent U.S. Soccer Federation presidential election: Passion doesn’t matter unless you channel it into powerful incentives. Unless they organize into an active constituency that must be reckoned with by those in power, advocates for a more grassroots, club and athlete-centered model of American soccer will continue to fail to achieve real change.

It’s a fundamental tenet of public policy advocacy that the overriding priority of people with power is to retain that power. Politicians of whatever stripe and in whatever environment value reelection over everything else. That’s why elected officials need to believe the support or opposition of people sharing a point of view will play a meaningful role in that equation, or else they will be set aside in favor of interests with more perceived power. Given this reality, American soccer reformers must organize the amorphous mass of frustrated fans, supporters, players, parents, club owners and other stakeholders into a functional constituency for their shared interests. Only then will they have the power to demand and expect meaningful change from the people with power over the sport’s official structures in our nation.

If they don’t, the future will hold more of the same.

END_OF_DOCUMENT_TOKEN_TO_BE_REPLACED

The Detroit News published a new op-ed from me this week, in which I argue that if Michigan can’t even make it into the top 20 for the Amazon subsidy game then we should stop playing altogether. Let’s compete as the one state that doesn’t take money from working families and small businesses and hand it to giant corporations and billionaires.

At Think Freely Media, I make the point that any discussion of the “federal budget process” should start from the basic point that we really don’t have “federal budgets” any more, at least in terms of how most people think of a budget. That’s great if you’re a politician or lobbyist; not so good if you’re a taxpayer.

Once politicians get our money, it’s a core tenet of representative democracy that we should be able to keep tabs on what they’re doing with it. That’s why we have FOIA, the Open Meetings Act and other transparency laws. Michigan’s already one of the worst states in the country for transparency, but the City of Detroit seems to have found a new way to get around the FOIA law’s requirements: They told me closing their Law Department for a week paused their 15-day deadline to respond to my FOIA request:

Journalism and transparency advocates think this is a terrible precedent to set.

I’ve got a new article in Think Freely Media’s “What Should Be Said” series, looking at the rhetoric from Venezuela’s socialist leadership versus the reality of societal collapse in a formerly prosperous country: Venezuelan Socialists Blame Capitalism for Socialism’s Starvation.

I had two articles run on the same day today:

The Detroit News ran my op-ed on Dan Gilbert’s new skyscraper in Detroit. The more people understand about the mechanisms and machinations behind the shiny talk of “incentives,” the less they like what’s going on. At some point, we can only hope they hold their elected representatives accountable.

I also covered the dynastic politics in play in Detroit’s Congressional races for Watchdog.org. Prof. Gary Wolfram of Hillsdale College asked an excellent rhetorical question: If this is how we’re going to pick the people who run our government, do we really want them to have that much power over us?