Michigan State University’s handling of communications around the trial of sexual predator Dr. Larry Nassar is an advanced case study in how to destroy an organization’s reputation. From an outside perspective, the university’s leaders appear to have made two dangerous decisions that are all too common for organizations in crisis: They only listened to the lawyers, and they put themselves before the organization.

Good legal counsel is critical in a crisis, and I’ve worked with great lawyers over the course of my two decades in communications who saved their clients from making some harmful decisions. I’m not a lawyer, and I bow to their expertise on areas where I’m not qualified to provide counsel. But organizations – especially those that depend on a broad consumer or donor public – risk focusing their communications strategy and messaging so tightly on preparing for legal battle that they lose the broader reputational war.

That’s what MSU appears to have done, focusing its communication on justifications or buck-passing and avoiding anything that looks like an acceptance of responsibility. Yes, a public acceptance of responsibility can cause problems in court when trying to avoid liability. But sometimes, there’s little your lawyers are going to be able to do to minimize the legal impact of your actions and the only major question left is what’s going to happen to your reputation in the process. That’s where you run into the fundamental crisis communications truth that unless you convincingly demonstrate that you know you screwed up and feel bad about it, everything else you say falls flat. This is a mistake MSU is actively making, as this paragraph from MSU President Lou Anna Simon’s resignation letter demonstrates:

As Nassar’s legal journey to prison was drawing to a close, more and more negative attention was focused on Michigan State University, and on me.  I am pleased that statements have been made by Mr. Fitzgerald and Board members about my integrity and the fact that there is no cover-up.  I support wholeheartedly the Board’s decision to ask the Attorney General’s Office to review the events surrounding the Nassar matter.  This is an important step toward providing more assurance to the university community and to the public.  In the past, I have provided assurances to the Attorney General of my full cooperation, and I will continue to do so.

No competent public relations professional should ever want to write the words “there is no cover-up” into a statement. That’s a phrase that risks throwing gasoline on an existing reputational fire, as history from the Dreyfus Affair to Profumo to Watergate to Penn State teaches us. It’s legal fence-marking, rather than a key message designed to improve the perception of the university among audiences upon whom it depends. 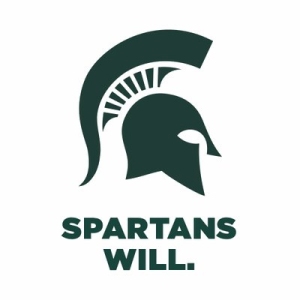 It’s also possible to use messaging with generally the “right” words but in the wrong context, and MSU has gone down that path as well. On January 19, the MSU Board of Regents released a statement that began, “Through this terrible situation, the university has been perceived as tone deaf, unresponsive and insensitive to the victims. We understand the public’s faith has been shaken. The Board has listened and heard the victims.” Standing alone in isolation, that’s a reasonable statement for MSU’s board to make. But in context, it actually made things worse. That’s because on that day, Nassar’s victims were still taking the stand in a local courtroom to read victim impact statements that told gut-wrenching stories of abuse and official indifference. The assertion that university leadership “has listened and heard the victims” while the victims were still telling their stories was broadly taken as damning proof of the university being “tone deaf, unresponsive and insensitive,” the exact opposite of the statement’s intended purpose.

This shows another common failure of organizations in crisis mode, which is equating the protection of individual leaders with the protection of the organization’s reputation. If Simon resigned – or was pushed out – for the good of the university, her resignation letter should have advanced that goal. It could have worked to dispel the “tone deaf, unresponsive and insensitive to the victims” perception by focusing on the women whom MSU failed by employing a predator for two decades. Instead, the victims got a brief nod in Simon’s resignation letter before the focus turned back to how she personally was feeling about the whole thing:

The survivors’ accounts are horrific.  They are tragic, heartbreaking, and personally gut-wrenching.  I take solace that many victims have indicated that the opportunity to confront Nassar is a step toward healing.  I am proud of the exceptional work of the Special Victims Unit led by Lieutenant Andrea Munford with the steadfast leadership of Chief Dunlap.  I am proud of my support of their work even though the results have been very painful to all who watched.

No woman abused by Nassar – or anyone who cares about them – would be comforted by this statement. It’s unlikely that they care whether or not Simon finds personal “solace” in their decision to publicly discuss the details of their sexual abuse at Nassar’s hands in front of TV cameras and a packed courtroom. This paragraph twice references Simon’s “pride,” which is the last emotion someone who’s truly sorry for what happened to hundreds of young women should be expressing. It’s the last emotion that should be referenced in any official communication from the university over anything involving Nassar, and it’s a sign that its PR team presumably wasn’t given the authority to place the organization’s reputation over the outgoing president’s ego even on her way out the door.

Amazingly, that wasn’t the most cringe-inducing line in Simon’s resignation. When you’re echoing one of the most famous gaffes in crisis communications history, it’s a sign that people who care about your organization’s reputation have lost the battle for messaging:

“The last year and a half has been very difficult for the victims of Larry Nassar, for the university community, and for me personally.” – The first sentence of Simon’s resignation letter.

“We’re sorry for the massive disruption it’s caused to their lives. There’s no one who wants this thing over more than I do. I’d like my life back.” – Tony Hayward, CEO of BP, speaking in 2010 about Gulf Coast residents affected by the Deepwater Horizon oil spill.

So why does this matter, beyond the current news cycle or curriculum development for communications professors in the future? It matters because an organization’s reputation matters. You can measure how good a reputation is and what’s happening to it. You’re even allowed to include a dollar figure for it on a balance sheet under “goodwill.” But reputations – brands, if you will – built over the course of a century or more can be destroyed in a crisis, turning that goodwill figure into a negative number. Consider an iconic American brand like Firestone, where botched handling of the Ford Explorer rollover crisis destroyed that name’s reputation in the United States to such a degree that they spent huge sums rebranding their stores and products under the Bridgestone name in order to stay in business.

What could this look like in MSU’s case? The university’s official brand guide says, “The essence of the Michigan State University brand is the core of our brand and the central premise of our brand story: INDIVIDUAL STRENGTH. COLLECTIVE POWER. EXTRAORDINARY IMPACT.” In the wake of the Nassar crisis, will those phrases make audiences think approvingly of Michigan State University, or will they instead conjure images of the individually strong, collectively powerful and extraordinary impactful women whom the university repeatedly failed? How much investment in that branding has been negated by the university’s communications failures of the past few weeks?

The critical value of brand and organizational reputation is something the communications professionals at MSU certainly understand. Their own section of the website is clear on the concept: “The Media Communications team…advances and protects the image and reputation of MSU through earned media and management of relationships with the media, expanding public understanding of the value of MSU to Michigan and the world.” Unfortunately, after the Nassar debacle, the main question moving forward seems to be whether Michigan State’s “image and reputation” will be better or worse than that of Penn State University after similar communications failures around the Jerry Sandusky scandal.